You are here: Home>Places>Chelsea>Sloane Street 1919: the peace parade 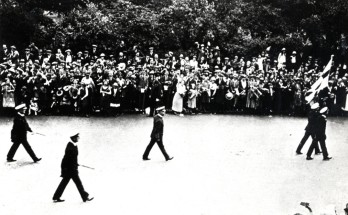 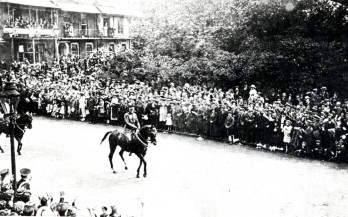 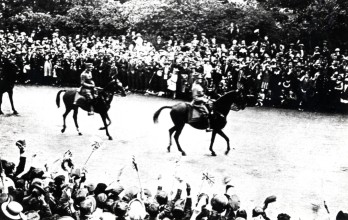 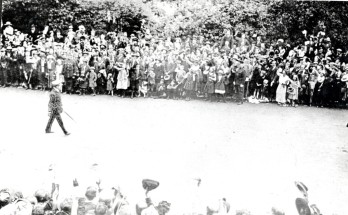 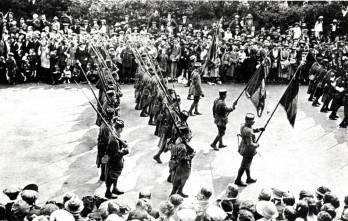 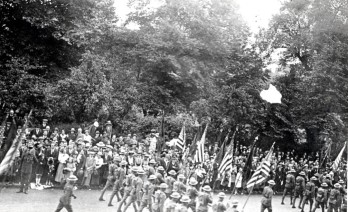 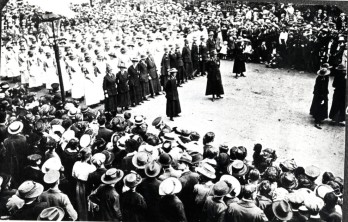 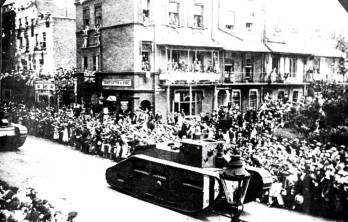 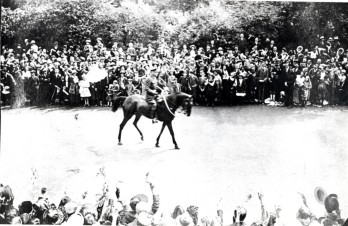 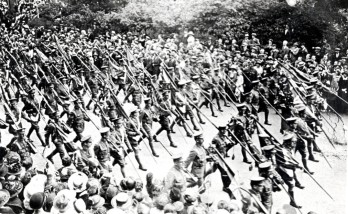 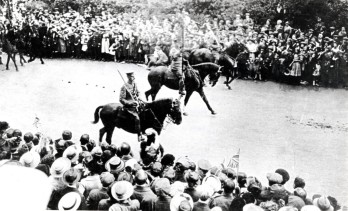 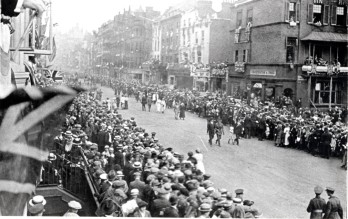 Like many of the people who work in libraries, archives and museums I spent many months getting ready for the commemoration of the start of the First World War, looking through archive material, going to meetings and workshops, working on exhibitions and events and answering the first flurry of enquiries on the subject. I’ve never experienced anything like it. Raising awareness of a profoundly significant historical event and getting people interested in history is never a bad thing. But the First World War is not like other historical events. It’s definitely not like the Second World War.

WW2 was an unambiguous struggle against evil. We may have had some allies we felt dubious about afterwards, and we may feel regret about some of the methods and weapons used by the Allies but it was a necessary war. That seems to be the general consensus. And I know it from my own family. Both my father and my mother were in the armed forces and believed in the cause for they were fighting.

It’s harder when the war is further away. As far as my own family is concerned there are a few photos of men in uniform seen in old photo albums and I know of a great uncle John James Williamson who died towards the end of the war too late to travel home on compassionate leave when his mother died. (His brother George made it home and survived the war.)

But WW1 is less clear cut. We fought an aggressor who was determined on domination of Europe (and elsewhere). But the origins of the war are caught up in diplomatic machinations and expediency. And there are many areas of disagreement about the conduct of the war. Were our troops “lions led by donkeys” as Allan Clarke famously put it? Or were the Allied Command as competent as could have been expected given that the technology of warfare was changing so rapidly? Was the Great War a just war against an enemy of civilisation? Or simply the result of one gang of would be imperialists attempting unsuccessfully to supplant another? It wasn’t as it turned out “the war to end wars”. But was it just a period of unjustifiable blood-letting?

When it comes to what is being commemorated we can agree that it was the courage and sacrifice of ordinary men and women that we want to remember. The details of ordinary lives. The historians and politicians can argue over the rest.

There is no doubt about the suffering and trauma which ended the long Edwardian summer and propelled us into the 20th century. But if it feels disheartening to contemplate pain, misery and injustice we can remember that this is history. We have the whole span of the war to examine, which is why I have picked these pictures as my first post on this website.

This was the Peace Parade of 1919. Men and women who served, marching down Sloane Street (just a part of the whole route) to commemorate the end of the war.

We’re avoiding the word celebration this year. But I think it’s right to say that these men and women were celebrating one thing – their own survival. They marched in front of cheering crowds to celebrate the peace proud of what they had done but glad it was over.